With respect and apologies to popular conservative radio talk show host Mark Levin, he is dead wrong about his position regarding the Republican party, and I believe he’s doing a great disservice to conservatives across the United States.  Even though he continually speaks truths regarding the immense pile of evidence against the Republicans, he appears to be afraid to speak the obvious. 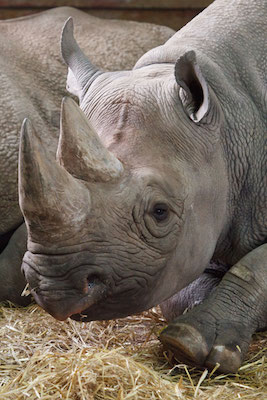 The U.S. has practically from it’s inception had two separate and distinct political parties.  It doesn’t take long to search online and find written accounts of the great differences and arguments between the parties in the first few decades of the U.S.  These differences are most notable in the underhanded back biting between founding fathers and friends John Adams and Thomas Jefferson.  Throughout it’s history U.S. political leanings and foreign policy has ebbed back and forth propelled by the party in power and it’s fundamental beliefs.  Yet over time this political fluctuation and the resulting arguments have not simply cooled, but for all practical purposes merged into what is today a two party system comprised of what appears to be nothing more than two faces of the same socialist entity.

Is it time for a new party?

I understand the argument.  Levin speaks to the argument often.  At times he’s mostly parroting (not intended as derogatory) our last great conservative president Ronald Reagan.  I remember Reagan, I voted for him.  He vehemently argued against the formation of a third party, but rather to take back the then corrupt Republican party.  Reagan’s words resonated with the infamous silent majority and the party was recaptured.  Sadly though it was recaptured it was not gutted and saved from the corruption within.  The most significant evidence of that is Reagan’s VP in none other than George Bush Sr., heir to one of the most corrupt families in the U.S.

The logic for saving the party is simply a numbers game for the next election.  To form a new party would effectively split the Republican party, making it virtually impossible to defeat even a horrible Democrat candidate such as Hillary Clinton.

Is this really true though?

What true conservative accepts increased and unaccounted spending?  Accepts open borders?  Accepts blindly converting all illegal aliens to legal?  Accepts a slap on the hands to an out of control police like organization such as the IRS?  Accepts an Executive branch created agency in the EPA to issue new fascist laws which according to our Constitution on Congress has the power to do?  And this is only scratching the surface.

Levin speaks to this corrupt Republican establishment regularly.  During his Friday Dec. 11, 2015 broadcast he called establishment Republicans “Benedict Arnolds”.  Something I couldn’t agree with more.  He later added “This Republican Party needs to be burned to the ground and rebuilt.”  Yes Mark, exactly!!!  Using your own rhetoric, this burning to the ground idea, leaving nothing but smoldering ashes of what once was, and the rebuilding anew, is in fact a new party.  We’re not talking about buying a derelict shell of a structure and refurbishing it, but completely destroying what is in order to replace it with something better.  Taking it one step further and anticipating what his reply might well be, a third party would be like building the better thing, the replacement, next door to the current corrupt thing, rather than first burning and rebuilding.  Agreed.

Yet, we need a new party today.  Not four years from today.  Not even one year from today.  The time to gain access to the old party in order to burn it down has come and gone.  Arguably that moment in time was in the wake of the 2010 elections.  But what happened was RINOs in sheep clothing craftily lied and stole that moment from us.  We thought we were getting the keys to the building so that we might burn it down.  What we got we more of the same tenants.

Since 2010 the progression towards fascism in this country has accelerated to a dizzying pace.  Laws are passed and edicts issued not only faster than ever before, but also behind closed doors.  The populace never gets a chance to read much less comment on new laws until after the damage is done.  The pace of illegal immigration has increased as well.  Along with it comes increased threats from Islamic terrorists attempting to gain enough of a choke-hold to institute Sharia Law.  Even Mark reported that the Republican establishment has been caught in plotting to allow Democrats to win if they can’t, given the lack of support for their candidates.

We’re out of time!  We need quick and decisive action now.

The New Party is Here

In reality, the Republican party is already split.  Conservatives are leaping off the establishment ship at record rates.  The reelection of Obama in 2012 should have been that warning bell as conservatives opted out of the corrupt election process.  We are sick of politics as usual and it’s beginning to become obvious as the establishment candidates falter from waning support.  But is being sick of politics as usual enough?

The party is already split.  The new party has already been established by virtue of conservatives abandoning the old party in droves.  But we’re at a dangerous precipice.  We’re ready to act.  Ready to take back our country and seal the border and eliminate the IRS and secure the country from Islamist terrorists.  Ready to turn it all around and send the Obamas packing.  But we lack organization.  That could be the undoing of the entire process.

To continue to extol the virtues of keeping the Republican party is doing a horrendous disservice to everyone ready to take action.  Conservatives across the country can clearly see what’s happening.  But what are we waiting for?  The establishment has made it clear they will not change their ways or position.  Much like King George III made it perfectly clear he was not willing to consider anything other than what he wanted.  Fortunately men like John Adams understood this and grew tired of waiting for something that wasn’t going to happen.  Rather than continuing to attempt reconciliation as John Dickinson insisted on, Adams spoke out and reasoned with the congress that to wait any longer was foolish.

Yes Reagan was great, albeit not perfect.  But that was 35 years ago.  It’s no longer relevant because it’s no longer the same party.  You could easily propel what has already happened by leading the way towards organizing.  Conservatives are already out of the old party.  The popularity of outside candidates is proof enough.  Even the establishment understands it’s already split and is planning how to overcome it.  We need an organizer who is willing to offer even the slightest leadership.  What are you waiting for?